Mortgage Stress Test Changes – What You Need To Know 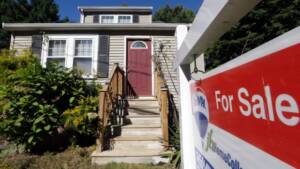 This coming April, the government will change the rules that cover mortgage lending. These changes should make it easier to qualify for a loan to buy a home.

As of April 6, the so-called “stress test” for mortgages will be calculated in a new way. The stress test rate used to be calculated on the 5-year posted rate (currently at 5.19%). But now the rate will be based on Canada’s median five-year fixed insured rate, plus 2% (currently at 4.89%).

The stress test was implemented in January 2018 as a way to let some of the speculation out of the housing market at the time. A would-be borrower is tested against his or her ability to pay down the loan at a higher interest rate. If the borrower were to fail the test, a lender would not be allowed to loan them money.

According to Ratehub.ca, the average rate for a five-year fixed term mortgage is currently 2.89%. Currently, a borrower approved for that loan be subject to the stress test and be tested against the five-year posted rate of 5.19%. But under the new rules, the borrower would be tested at 4.89% — the actual mortgage rate, plus 2%.

What You Need To Know

So, what should you know going forward? Here are seven key things to keep in mind: