BC Budget Impact To Real Estate In The North Okanagan

Big changes to the real estate market in 2018 BC Budget 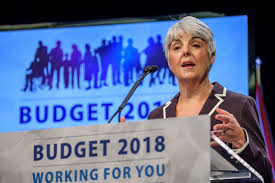 The recently announced budget from the BC NDP government will have a dramatic impact on real estate, even in the North Okanagan, for both home owners and those wanting to purchase a home. Buyers and sellers in the North Okanagan did get some good news though. The announced increase to both the foreign buyer tax and the new speculation tax was not implemented in the North Okanagan. The important changes to note starting February 21st include:

BC Minister of Finance Carole James says the changes were to create fairness, “Fairness for the people who live here, work here and who pay their taxes here.” James also said the $1.3B in new housing-related taxes are meant to crack down on tax evasion and fraud.

“Our hope certainly is the tax measures we’ve put together, in particular in the housing strategy, will look at lowering the price of housing.”

The Lower Mainland and Fraser Valley were certainly the main targets, but the expansion of the Foreign buyer tax into the Central Okanagan will have an impact here. The result? Home prices across BC may see an overall cooling effect.