BC Speculation Tax Will Go Ahead 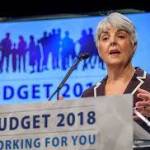 BC Speculation Tax Is Going Ahead

The news every vacation property owner in British Columbia didn’t want to hear was just announced by the BC Government. Last week they, and the BC Green party, reached an agreement to institute the unpopular tax. This announcement comes, despite push back from local governments and mayors.

While there certainly is no way to spin this as good news for those of us in the Real Estate industry, the Government did make a few changes. Previous proposals had BC residents paying 0.5%, while other Canadians were paying 1.0%. ALL Canadians will now pay 0.5%, but as a concession, BC residents will receive a tax credit.

The BC Green party had been pushing for an ‘opt-out’ clause for municipalities to not be a part of it, especially in the Okanagan. Despite strong opposition from local Real Estate boards and the elected officials of both Kelowna and West Kelowna, the opt-out was not included in the new legislation.

The new Speculation Tax will be applied to those who own multiple properties not rented out for at least 6 months of the year. This tax is a flat percentage based on the assessed value of the applicable property or properties (homes, condominiums or townhomes).

Here are the basics of the Speculation Tax (these are still subject to change):

– Canadian residents pay 0.5% on second homes not rented for at least 6 months.
– BC residents with property under $400,000 will get a tax credit for the amount.

– Non-Canadian residents who do not pay income tax in BC pay 2.0% of assessed value

– Properties can be exempt for the following situations:
– If they rent the property at least six months of the year
– Homeowners going through medical emergency, divorces or employment changes
– Developers working on housing projects

Bottom line, there’s a reduction for non-BC residents residing in Canada which is good. BC residents will get a $400,000 tax credit to off-set the tax as well. The best news for us? The tax will NOT BE APPLICABLE TO HOMES OR VACATION PROPERTY IN THE NORTH OKANAGAN.

Call us at 250-549-7050 or email us if you are looking to sell your secondary property in one of the affected markets or if you would like to find a secondary vacation property in the North Okanagan where we do not have the tax.

Read this article for more information on the tax.
Spread the love
Return to Top